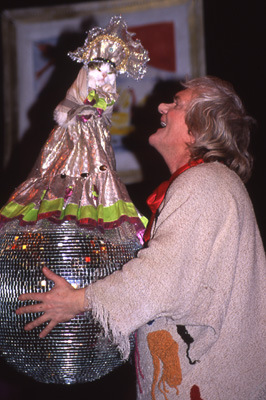 “It is written in the description of the cat theatre, that for more than 30 years already, the cats and dogs are helping the artists to create true masterpieces on the stage and thereby present the audience a great celebration. But an animal circus is a celebration only for those, who know nothing about what is going on behind the scenes of such entertainment,” Maaja Mäll, project manager of the Estonian Society for the Protection of Animals said. “Kuklachev has performed in Estonia with his animals also before, and until there is enough audience, his performances will not end. As a good example though, Israel boycotted his shows and Latvia held a protest against the cat circus.”

By now, restrictions for using animals in circuses have been applied for example in Finland, Sweden, Austria, Bolivia, Costa Rica, India and Singapore. Nevertheless, this barbaric entertainment is still allowed in other countries, including Estonia. Besides wild animals, also domestic animals such as cats and dogs have difficulties in tolerating travelling and long trips around the world, cruel training periods and performances. According to the cat circus advertisements, the show includes a number of tricks: the cats will ride horses, drive bikes, jump on walls and stand on their front legs.

“Although it might sound unbelievable for people, cats are still half way from wild to domesticated animals, and for them, it is not in their nature to subordinate and learn tricks,” Mäll explains and adds that for cats, working in a circus is definitely not something that they would voluntarily choose, even if the stomack is full and the room is warm.

The use of animals in circuses is not justified for ethical-cultural, scientific, juridical, economic and educational reasons. In the interest of entertainment, circus sacrifices the lives of thousands of animals, depriving them of their natural habitat and species-specific behaviour. Animals are being brought into an artifical environment, where they are being humiliated for people’s entertainment. The beloved domestic cats do not voluntarily ride bikes nor dress themselves into costumes. All such activities are forced upon animals and often achieved through violent methods.