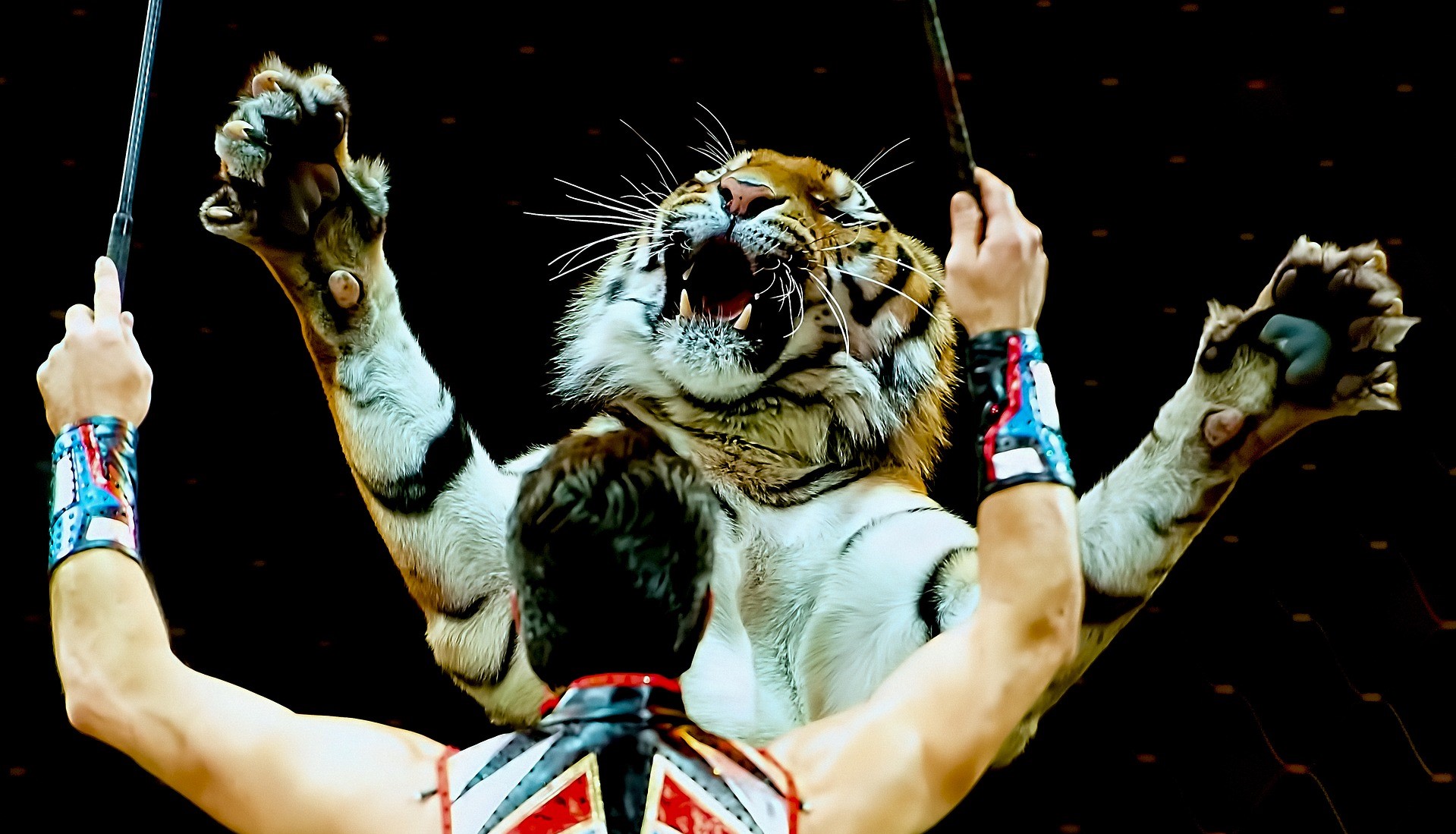 In regards to wild animals, one has to keep in mind something very obvious – they are wild animals. EU-wide lobby organization Eurogroup for Animals, of which Loomus is also a member, released an updated report in 2021 spring regarding the use of wild animals in circuses: „Wild Animals in EU Circuses: Problems, Risks and Solutions. Updated Edition“. According to the report, in the European Union, 478 accidents relating to wild animals in circuses have been registered between the years 1995-2019, which invlolved 889 animals.

Most of the cases were registered in Germany (202 cases), followed by France (85) and Italy (44). However, no cases were found in Belgium, Bulgaria, Cyprus, Estonia, Finland, Latvia, Luxembourg, Malta and Slovenia. Within the past five years there have been no incidents in Greece or Portugal. In the rest of the countries, 159 incidents have been reported in the past five years.

In several countries, where such accidents have happened, the use of wild animals in circuses have actually been banned. Most of these incidents were related to camelids (such as camels, llamas and alpacas), who are often not considered to be wild animals, or who have been brought along with travelling circuses but were not allowed to perform. About a fifth of the accidents were related to elephants and a tenth to tigers.

According to the report, within those 24 years, 13 people have died and 99 have been injured in accidents related to wild animals in circuses. The most accidents, where people have been injured, were related to tigers and elephants, although some of those incidents also involved a zebra, a crocodile or a python. Incidents ending with peoples deaths involved tigers, elephants, a lion and a bear.

Several incidents that happened in circuses have also reached the news:

Even though this cruel form of entertainment no longer has a place in Estonia, these same circuses still operate in other countries, where it is still allowed. „It is important to see the wider picture and prohibit the use of these wild animals in the whole European Union, for both the animals and humans. Wild animals do not have a place in circuses!“ said Loomus board member Anu Tensing.

If you wish to help prohibiting the use of wild animals in entertainment in the European Union, give your signature here. The petition has been signed already by over 940 000 people all over Europe and in the upcoming autumn Eurogroup for Animals will turn over the signatures to the European Parliament, for a step closer to a more animal friendly Europe.