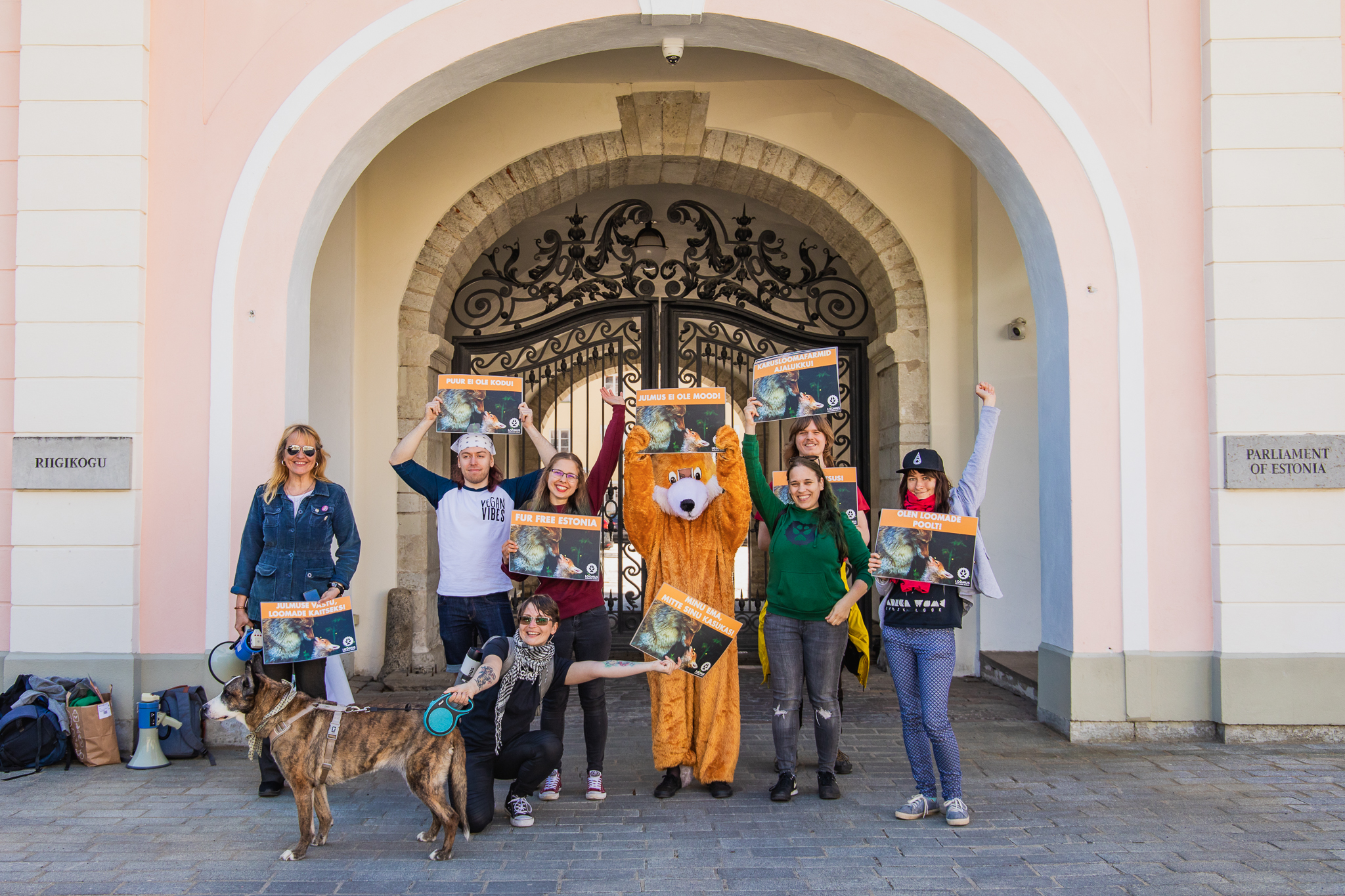 The bill that bans fur farming since 2026 passed the third – and also the last – reading at the Riigikogu, the parliament of Estonia.

Annaliisa Post, the board member and communications manager at Estonian animal advocacy organization Loomus, said that it’s a historic victory. “We’ve been working for years to ban fur farms and we are sincerely happy that Estonia has become the first Baltic country to ban this cruel industry. No animal should suffer as a result of our consumption choices. We are very thankful to the members of the parliament who made this animal-friendly decision,” she added.

Estonian people have also shown support for the fur ban. According to a survey carried out by Kantar Emor in September, 75% of people living in Estonia are not in favour of raising and killing animals such as foxes and minks for their fur. In 2016, 69% of people answered the same way.

The fur industry in Estonia has shown signs of shrinkage for years. At the moment there are around 10 small chinchilla farms with around 10 workers. A few years ago the biggest fur farm in Estonia (Balti Karusnahk AS) had about 160 000 animals — 30 000 foxes and 130 000 minks, but in February they declared that they currently have no animals and the cages are empty.