The international animal rights group “Open Cages” conducted an undercover investigation into a mink farm in August of 2016. The investigation revealed that environmental and animal welfare laws were violated. 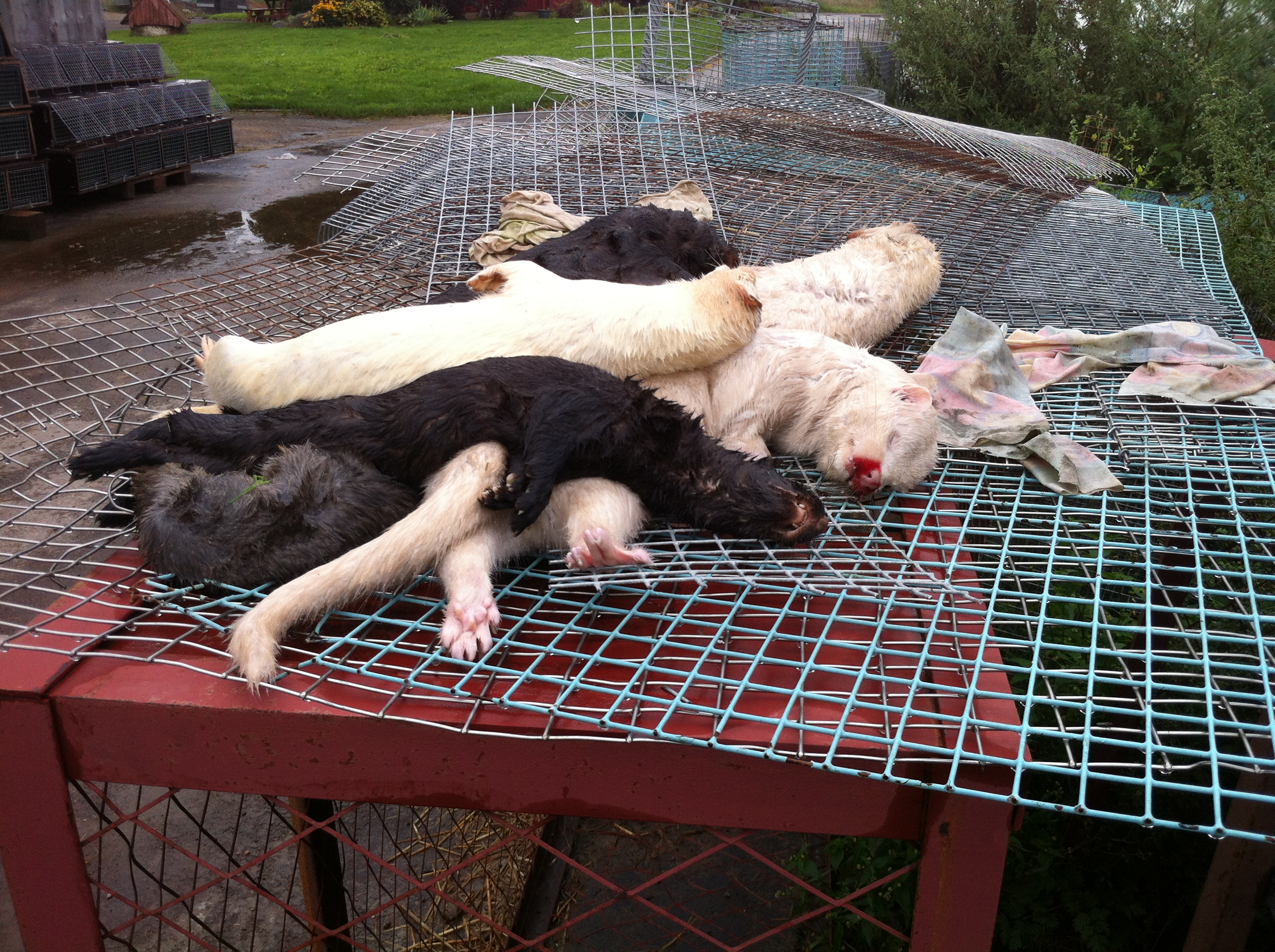 “Probably the most shocking finding is that State Food and Veterinary Service is not checking farms as often as they claim and they warn farmers in advance before every inspection. They are supposed to regularly inspect farms and make sure animal welfare standards are implemented. As they weren’t, it is not entirely surprising that injured animals were not being treated, and animals with stereotypy were not taken care of as the law prescribes” – says Gabrielė Vaitkevičiūtė, the head of the Lithuanian branch of Open Cages.

“The investigated farm has about 30 000 minks. Two Veterinary Inspection officers spent less than 2 hours inside, that means less than half of the second could be spent inspecting one animal. We seriously question the quality of such inspection, mainly because to observe a stereotypy it takes more than half of the second and injured animals usually might try to hide their wounds. Also, we know for sure that some cages in the farm were less than 30 cm in width which is illegal and to measure two sheds with these cages would also take them a lot of time” – says Gabrielė Vaitkevičiūtė.

When asked, what should be done about a seriously injured animal the worker was told that there is nothing to be done about it. A week later the mink died.

The farm had already paid a fine for this type of infringement some time ago but it seems that fines are not having any effect. The fur breeders seem to knowingly continue violating the law.

Manure under the cages formed cesspools after some rainy days. This is not allowed according to 2 different laws, not to mention it is an ideal environment for diseases to spread.

We have recorded one worker hitting a mink because she wanted to take its dead counterpart out of the cage. Workers seem to not know anything about stereotypy; moreover, they seem to neither know nor care that the mink breeding regulations require to adjust the conditions for animals with stereotypy so that their welfare is improved.

Canadian mink is an invasive species in Lithuania and may pose a threat to the local ecosystem. We have documented at least two minks escaping the territory of the farm during 10 days of filming. There were many more who escaped cages during that time.

More information and a petition for a fur farming ban in Lithuania: www.kailiniamsne.lt