On 17 August, the NGO animal advocacy organization Loomus started an international petition that calls on the parliament to ban fur farming in Estonia. The petition, available at https://www.change.org/p/parliament-of-estonia-end-fur-farming-in-estonia, has, by now, collected almost 20 000 signatures. 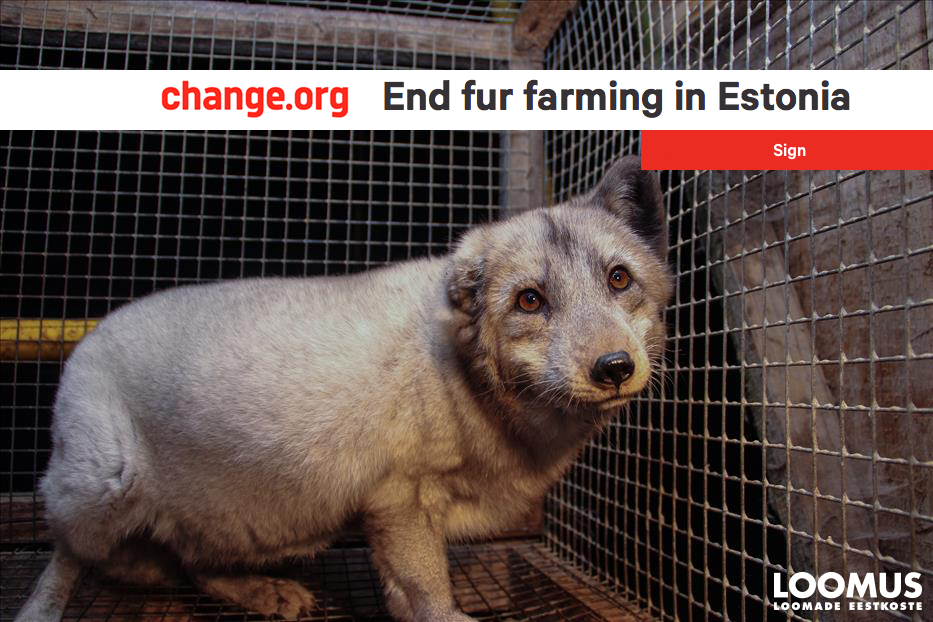 With the international petition, Loomus wants to introduce the local fur farming topic on a global scale and, thereby, give foreigners a chance to speak up. “Our aim is to spread the petition across the world and help Estonia become a modern and ethical state,” explained Kadri Taperson, the manager of Loomus.

According to Taperson, Estonia is in a situation where the Rural Affairs Committee has taken up the role of being a democratic bottleneck. It is up to the committee to decide whether the memorandum and a local petition, initiated by Loomus a couple of years ago to ban fur farming in Estonia, could reach the parliament of Estonia’s Session Hall. “Estonia has the chance to define itself as a member of Europe and a developed Western culture, instead of a Post-Soviet area,” clarified Taperson.

In 2014, a national petition to ban fur farms collected more than 10,000 signatures from the people of Estonia. In the end of 2014, Loomus took the signatures and the corresponding memorandum to the parliament, after which the Rural Affairs Committee held a public discussion on the issue. In March this year, a socioeconomic analysis on the possibilities of ending fur farming with a 10-year transition period, ordered by the Ministry of Rural Affairs, was finalized. A public discussion on the analysis will be held this fall.

According to a survey conducted by TNS Emor, 58% of the Estonian population does not support fur farms.