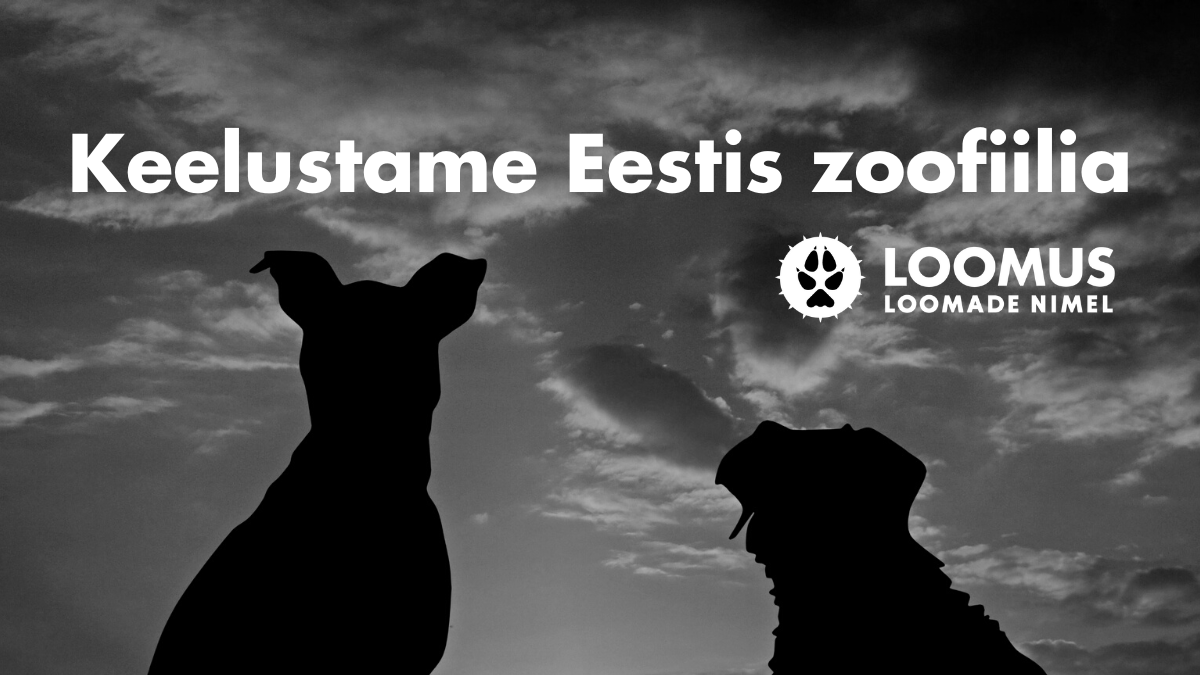 At the moment, sexual intercourse with animals is a so-called grey area in Estonia, as it is not directly allowed, but not forbidden either. According to Loomus, the Animal Protection Act must be changed so that the sexual abuse of an animal also falls clearly under the category of an illegal act against an animal.

Zoophilia is a type of paraphilia (deviant sexual preference) in which a person is obsessed with sexual intercourse with an animal. Virtually all animals are sexually exploited. Dogs are the most commonly sexually exploited animals, followed by horses and farm animals such as cattle, goats and pigs. Reptiles, wild animals, cats, birds and other animals are used to a lesser extent. In general, the victim animal lives with the exploiter.

Loomus launched a citizen initiative in which signatories demand following:

Sexual activity by humans can be very dangerous for animals. In 2001, researchers at the University of Edinburgh studied injured pets, suspecting that their injuries were not accidental. In 6% of the 448 cases, the injuries were of a sexual nature, some of them even fatal. Internal bleeding was very common. The researchers also acknowledged that mental suffering in animals is very difficult to identify and measure.

However, sexual intercourse with an animal can also be dangerous for humans, as animals spread zoonotic diseases to humans. There are many known cases worldwide of people contracting leptospirosis, echinococcosis or rabies through sexual contact.

Penalties for having sex with animals vary around the world, from detention to life imprisonment, with fines ranging from €25-30 000. In some countries the punishment can include public flogging, forced labour or even the death penalty. Often, the punishment includes both the withdrawal of the right to keep animals and a ban on working with animals.

The initiative can be signed only by Estonian citizens in the Rahvaalgatus portal. According to the law, the Parliament will have to process initiatives that have at least 1000 signatures. So far the initiative to illegalize sexual abuse of animals has collected 2500 signatures.