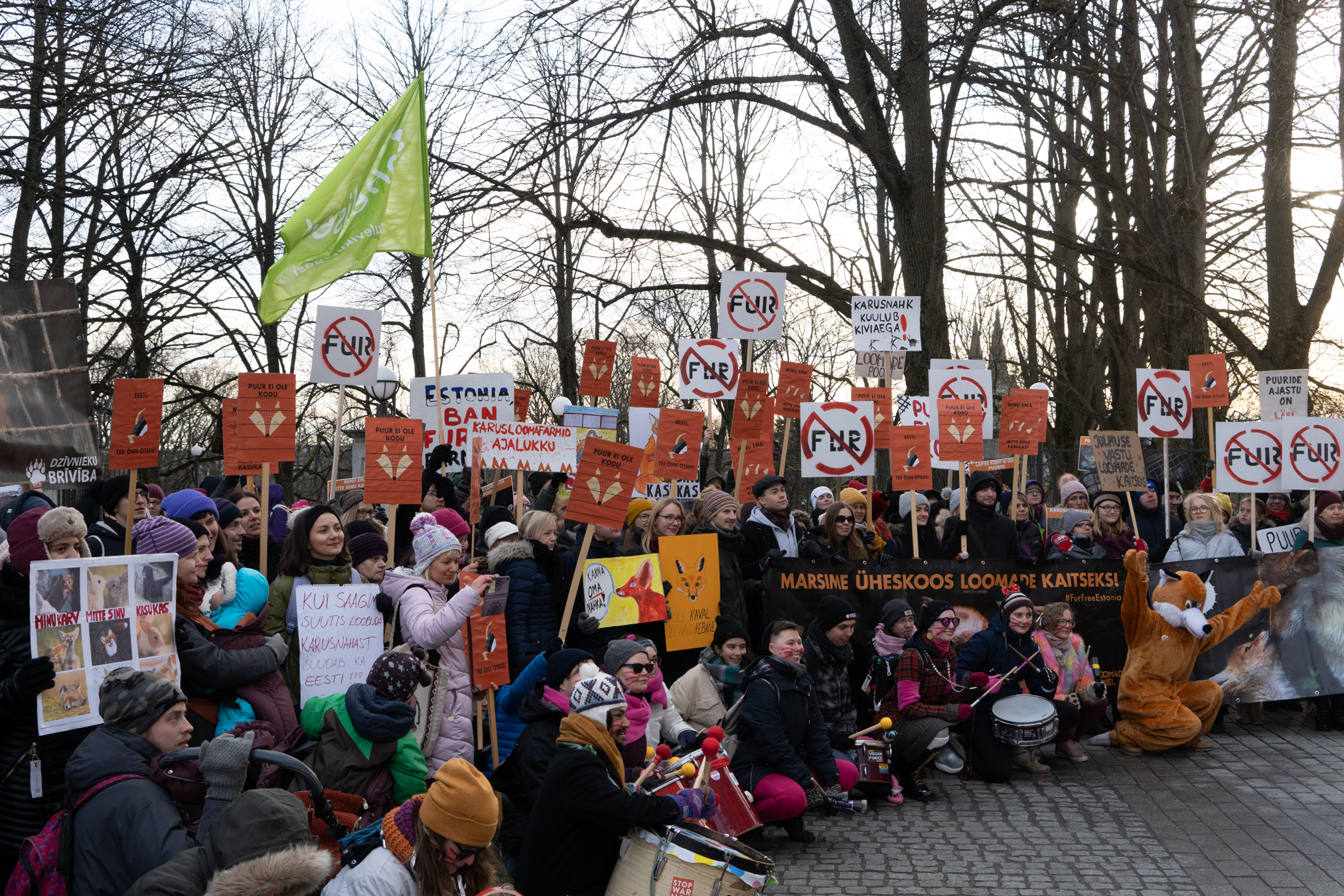 On Saturday, 11th of January, Estonian animal advocacy organisation Loomus organised a traditional march for animals in Tallinn Old Town, to bring attention to the need to ban fur farms, support positive changes in legislation and animals’ rights to their natural lifestyle.

“People in the future will probably wonder, why treating animals like this was still allowed in 2020” said the leader of Loomus’ animal welfare workgroup Martin Garbuz. “We will continue our work every day until such cruelty disappears.”

The Lithuanian animal rights organisation Dzīvnieku brīvība leader Katrīna Krīgere says that fur farms are an ancient and cruel practice. “It is in contradiction with the ethical values of society, it poisons our nature and tortures thousands of innocent animals. For us, the Baltic States, the time has arrived to leave fur farms in the past – where they belong.”

In collaboration with Loomus, members of the parliament plan to submit a draft bill in February, to ban the torturing of animals, their breeding and propagation for the production of fur in Estonia.

In accordance with two public opinion surveys 69% of Estonians find killing animals for their fur is not acceptable. 74% of Czech, 68% of Norwegians, 74% of Finnish, 78% of Swedes, 81% of Austrians, 64% of Latvians, 67% of Lithuanians, 84% of Dutch, 86% of German, 66% Of Polish, 86% of Belgians, 80% of Swiss, 73% of Croatians and 91% of Italians agree. Hundreds of thousands of signatures to ban fur farms have been collected over Europe. For example Loomus has collected over 54,000 signatures from Estonia for the international petition.

All of the animal protection organisations in Estonia and almost 70 businesses from different fields have expressed their support to ban fur farms. Several Estonian public figures have openly spoken against fur farms. The discussion in the Estonian parliament has been welcomed by many international unions, including the world’s most popular animal protection organisation PETA. On Loomus’ request, Queen’s legendary guitarist Brian May and a Hollywood actress with Estonian roots, Mena Suvari have stepped out in protection of Estonian fur animals.