Today, Tallinn, the capital of Estonia, sent an official letter to Estonian animal organisations in which it declared to no longer issue new public event permits to circuses that use wild animals. In recent months, the cities of Tartu and Pärnu have made a similar decision. The topic is currently being discussed also in the councils of Viljandi and Kuressaare. 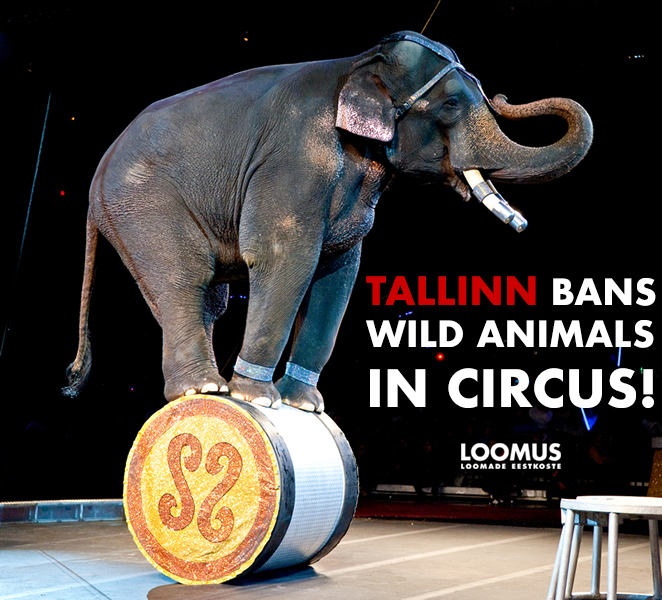 Estonian ministry of rural affairs is currently working on a draft to ban the use of all wild animals in circuses. Provided the draft is approved by the parliament, it will come into force on June 1, 2018.