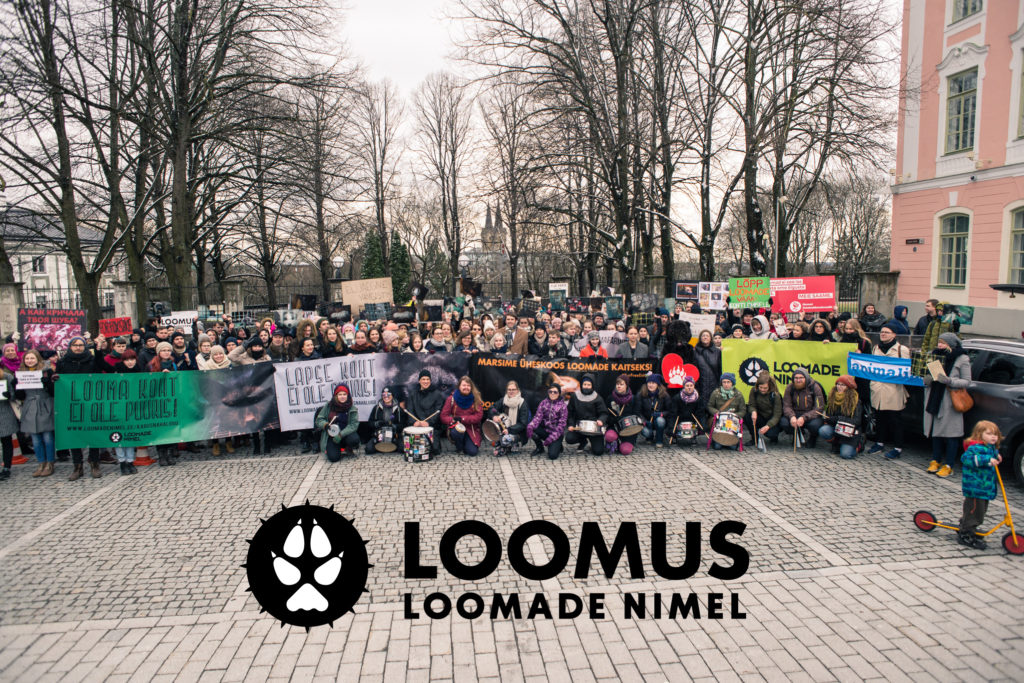 “All developed societies take animal-related topics more and more seriously and that is why we need strong organizations that can guide these necessary changes. Now, we can say that the most experienced and dedicated animal rights activists in Estonia are members of Loomus, whose message is hard to neglect,” said Kadri Taperson, the head of Loomus.

Anita Jürson, the representative of Loomade Nimel, says that it is a reasonable and constructive step. “By joining forces, we can build a stronger animal rights organization aiming to work for the animals in a more effective manner,” says Jürson.

The movement Loomade Nimel was created in 2006 and is, thus, the oldest Estonian animal rights association. Loomade Nimel stands for ending the use of animals in intensive farming, entertainment and animal testing. The aim of the movement is to uncover systematic animal abuse in today’s society and introduce animal-friendly lifestyles, especially plant-based diets.

Animal advocacy organization Loomus was established in May 2014. Loomus protects the rights and interests of animals, and represents animal interests in public discussions. Loomus stands mainly for animals in fur farms, agriculture, entertainment business and animal testing. Loomus’ members include experienced animal advocates who have been active in different animal protection organizations for years.

The united organization continues with all the ongoing projects and activities of both the animal advocacy organization Loomus and the movement Loomade Nimel. Loomus are also creating new teams that will be working on the topics of animal testing and wild animals.